More About Our Program

Breaking the Cycle has brought a message of nonviolent conflict resolution through forgiveness to hundreds of thousands of students across the United States and abroad.

Our approach is simple:

Our speakers tell personal stories of life experiences that demonstrate the positive effect of choosing forgiveness in the face of conflict. Their message emphasizes self-respect and the unique value of each individual. If time allows, the presentation ends with a Q&A session and an opportunity for students and staff to speak with the presenters.

books on overcoming fear and prejudice, nurturing forgiveness, and related themes are offered to participating students at their request. More than 400,000 copies have been distributed to date. Breaking the Cycle fulfills requirements placed on New York schools by the state’s S.A.V.E. legislation to instruct the entire student body in nonviolent conflict resolution. And recently, our speakers received the Pride of Ulster Award, the highest honor bestowed by that county. 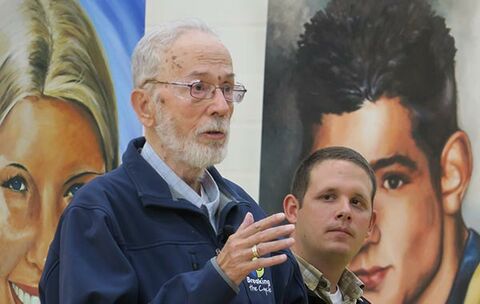 Johann Christoph Arnold was a lifelong peacemaker, pastor of the Bruderhof, and bestselling author of eight books including Why Forgive? He was born in 1940 but his parents resisted Nazi Germany and consequently fled Europe to settle in South America. In the 1960s, his interest in Civil Rights led him to go south, where he met and marched with Martin Luther King Jr.. Their ensuing friendship impacted the rest of his life.

Steven McDonald, a detective with the NYPD, was questioning three youths in Central Park one hot summer day in 1986 when one of them shot him three times, leaving him paralyzed from the neck down, and dependent on a ventilator. He now says that if he had not chosen to forgive his attacker, hatred would have completed what the bullet failed to do. His life is a remarkable journey.

Breaking the Cycle is a project of the Bruderhof, an international movement of Christian communities. Bruderhof communities include both families and single people from a wide range of backgrounds, and are located in the United States, England, Germany, Australia, and Paraguay.

Whereas the Senate and General Assembly of the State of NJ salutes Breaking the Cycle, highly esteemed in the Garden State, in appreciation of it’s Non-violent Conflict Resolution through Forgiveness assembly, which was held at the Passaic Academy for Science and Engineering on September 13, 2019.

Breaking the Cycle Program: Playing like Champions - In Recognition of your Tireless Fight to Break the Cycle of Violence.

May 11 2015 -  The Consolidated School District of New Britain

Board of Ed. Certificate of Recognition:  Friend of the School - This certifies that Breaking the Cycle is awarded this certificate for the generous commitment of time, support and inspiration to our students.

Presented to Breaking The Cycle on the occasion of today’s Assemblies on the topic of Non-violent Conflict Resolution and Forgiveness at Uniondale High School. The Town of Hempstead is proud to be a part of today’s important event. – Kate Murray, Supervisor, Town of Hempstead, NY

Presented this citation to the Bruderhof Communities in fitting recognition and heartfelt appreciation of the dedicated and exemplary service that you have provided for the benefit of our residents. – Thomas R. Suozzi, Nassau County Executive

The Bruderhof Communities, a community of dedication and commitment, is being recognized for its continued support, advocacy, leadership, and efforts to spread the word of forgiveness. – Kevan M. Abrahams, Nassau County Legislator, 1st Legislative District

In honor of Bruderhof Communities outstanding inspiration and dedication to all communities at large. Thank you for sharing the importance of forgiveness. – Mayor William F. Glacken, Incorporated Village of Freeport, NY

Recognized, acknowledged, commended, and applauded the Bruderhof communities for your compassion, humanity, and caring. You truly exemplify the saying, “You make a living by what you get; you make a life by what you give.” - David W. Denenberg, Nassau County Legislator, 19th Legislative District

Presented to Christoph Arnold on the occasion of the Non-violent Conflict Resolution at Westbury High School, in fitting recognition and heartfelt appreciation of the dedicated and exemplary service that you have provided for the benefit of our residents. – Thomas R. Suozzi, Nassau County Executive 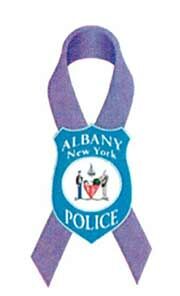 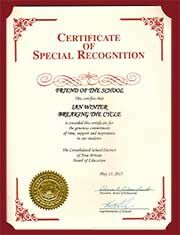 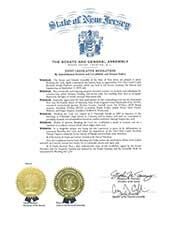